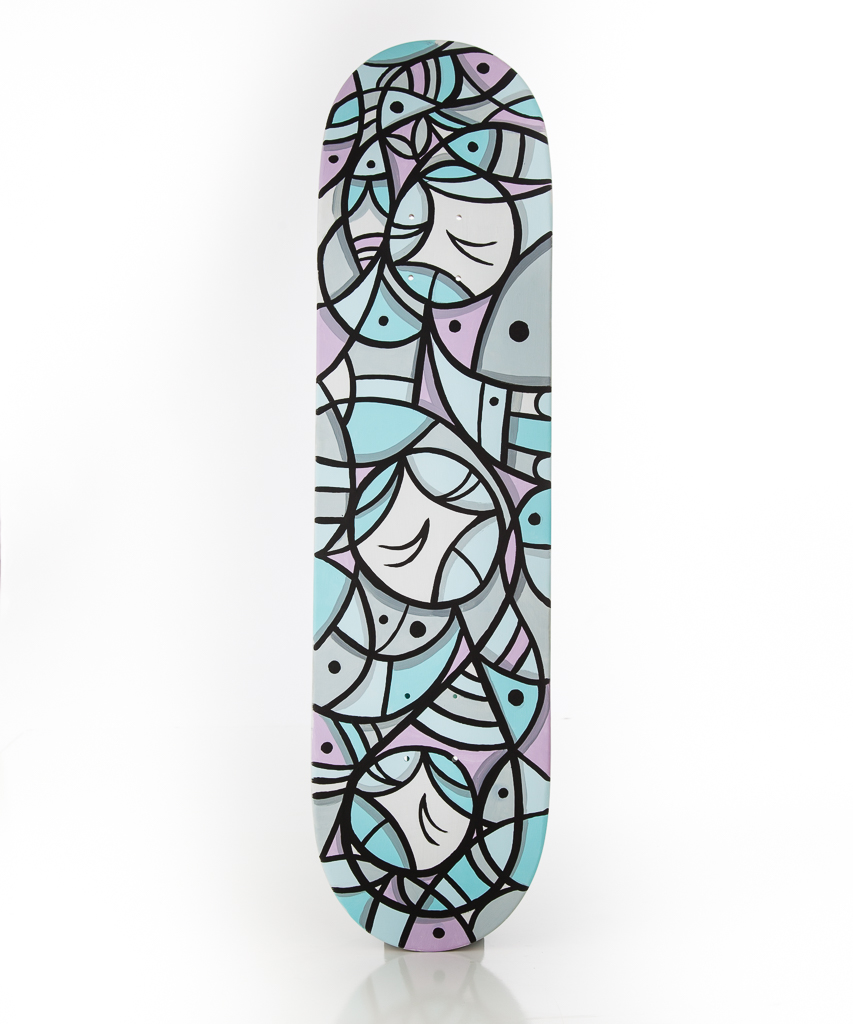 Don Pendleton is an American artist, Grammy Award winning designer and illustrator based in Dayton, OH.

He begin designing skateboard graphics professionally for Alien Workshop in 1998 after more than a decade of riding skateboards as a sponsored amateur in West Virginia.

Since those early beginnings, he has done exhibits and shows in many different countries, including a solo museum exhibit at the Huntington Museum of Art (‘Fine Lines’) in 2014 and worked with regular clients both inside and out of the skateboard industry.

His work has been featured online and in print from various art, skateboard and culture magazines (including the cover of Juxtapoz) and he continues to work commercially with design and illustration as well as dedicating time to the fine art realm.

In addition to commercial and fine art work, he regularly participates in fundraising and charity programs and works with the Alzheimer’s Association annually with the ‘Push’ skateboard event in WV.

Aside from art, he enjoys music, movies, literature and other non-social indulgences.